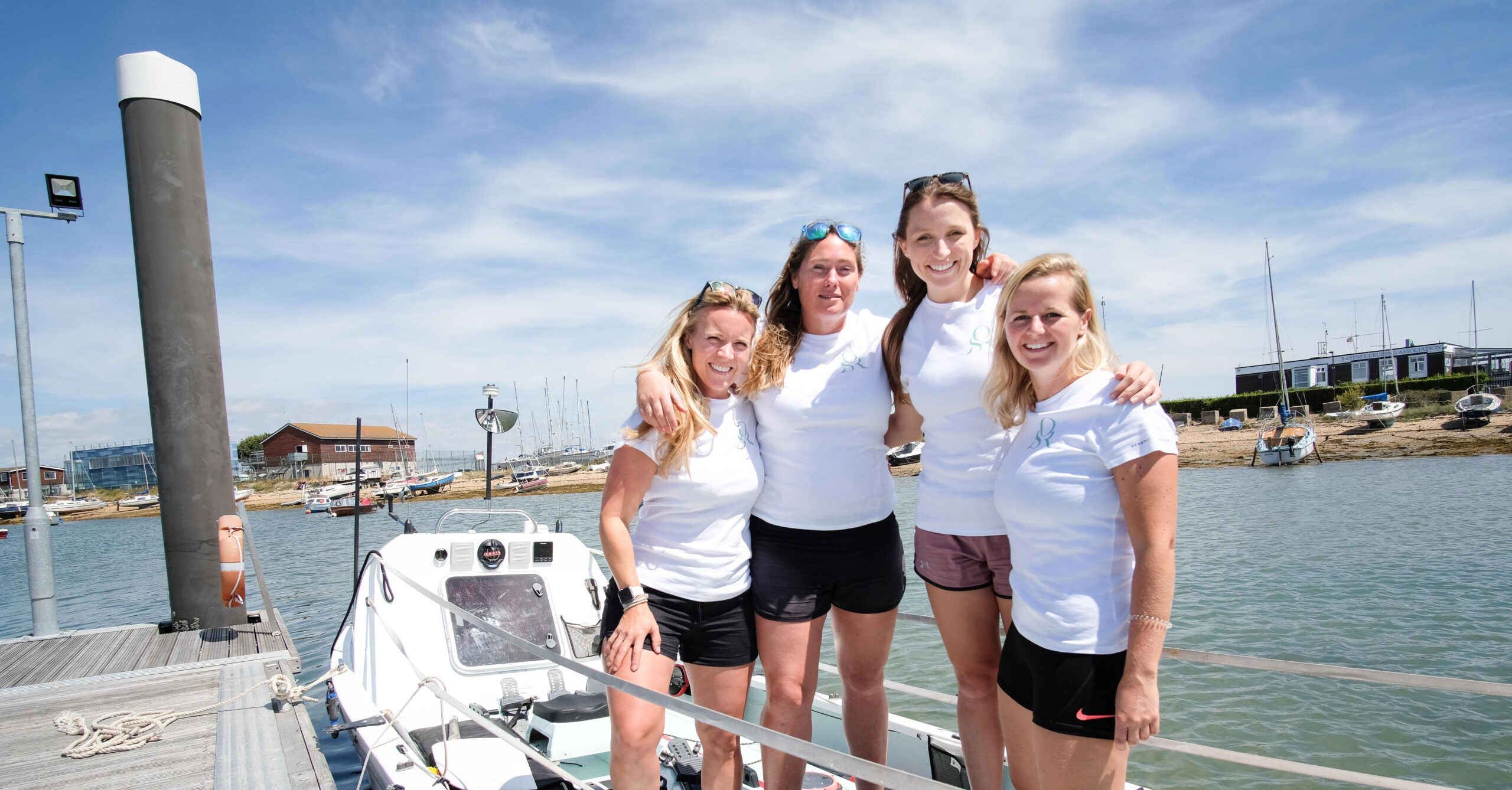 Exhaustion. Nausea. Crashing waves. Trying to sleep for two hours at a time in a cramped cabin shivering in your soaked clothes before dragging your aching limbs back to the oars for another gruelling shift.

How far would you push yourself for a cause you believe in and a bid to break a world record?

For four intrepid UK women, the answer is simple – 2,700 miles across the Pacific Ocean in a rowing boat.

Dubbed the ‘Ocean Sheroes’, Bella Collins, 28, of Falmouth, Cornwall, Purusha Gordon (‘P’), 43, of Luckington, Wiltshire, Mary Sutherland, 41, of Portsmouth, Hampshire and Lily Lower, 27, of Burnham on Crouch, Essex, are taking part in the Great Pacific Race from San Francisco to Hawaii, one of the world’s most daunting rowing challenges.

Launched in 2014, only 22 teams have completed the slog across the vast expanse of the Pacific Ocean to date, two of them all-female.

The Ocean Sheroes’ motivation for taking on this epic quest is two-fold – to beat the current female-four world record of 50 days, 8 hours and 14 minutes, set on the very first running of the race in 2014, and to raise money for a cause very close to all their hearts.

The team is hoping to raise £60,000 for the Seabin Project, an initiative to clean up waters in marinas and ports. The project is based around a piece of technology dubbed a Seabin, a waste filtration and capture system that removes micro plastics, microfibres, fuel and oil from the water. A single Seabin is capable of catching up to 1.5 tonnes of marine debris per year.

CDS is one of a number of firms proudly sponsoring the Ocean Sheroes in their bid to purchase up to 20 Seabins.

All four women are experienced sailors with a passion for the oceans and they are doing their bit to protect them. Mary, the skipper of the crew, is already a three-time world record holder, including rowing across the Atlantic, and Bella is another with a crossing from Europe to the United States in a rowing boat to her name.

Lily, meanwhile, a keen sailor who has taken part in three Fastnet races, also works raising money for impact investment funds in areas such as renewable energy, the circular economy, smart cities, mobility, and AgTech, so the sustainability objectives of the Seabin Project are something she was attracted to straightaway.

“I couldn’t be more excited to be raising money for such an amazing organisation as the Seabin Project,” said Lily. “I hope that we can inspire people to challenge the status quo, and make changes in their lives to promote sustainability and conscious consumption.”

Although the Great Ocean Race officially started on 31 May, the four Sheroes have been on quite a journey to even get to the starting line. COVID-19 has played its part – not only was training for the gruelling event severely hampered by lockdown restrictions, but three of the team have contracted COVID themselves at various points. They also had to leave for the US earlier than planned due to entry rules requiring them to spend 14 days outside the UK before being allowed in.

Nothing, however, could prepare the crew for what proved to be an extremely challenging first week of the race itself, as documented in P Gordon’s first onboard blog. Having cleared the Golden Gate Bridge at sunrise to cheers from well-wishers, the team then ran into several days of high winds and heavy seas.

P was laid low with sea sickness, all the crew’s clothes, cabins and gear were quickly soaked with the sea spray. Having to pull on wet clothing to take your turn at the oars freezing cold in the middle of the night sounds far from fun! Eventually after six days the decision was taken to weigh anchor and sit out the high seas for a night, such was the risk of potentially capsizing in the pitch dark.

After that, however, the crew got to experience what the Pacific is famous for – glass calm seas, impossibly vast skies, stunning sunsets and countless stars.

To follow the progress of the Ocean Sheroes on their epic adventure, head to @oceansheroes on Instagram and download the live race tracker, Yellow Brick App. The team are also eager to read all the messages of support they can, so send them an email via oceansheroes@mimo-connect.com.

And, of course, don’t forget to donate to help these inspirational Sheroes meet their target and raise funds for such a fantastic cause.

This website uses cookies to improve your experience while you navigate through the website. Out of these, the cookies that are categorized as necessary are stored on your browser as they are essential for the working of basic functionalities of the website. We also use third-party cookies that help us analyze and understand how you use this website. These cookies will be stored in your browser only with your consent. You also have the option to opt-out of these cookies. But opting out of some of these cookies may affect your browsing experience.
Necessary Always Enabled

Any cookies that may not be particularly necessary for the website to function and is used specifically to collect user personal data via analytics, ads, other embedded contents are termed as non-necessary cookies. It is mandatory to procure user consent prior to running these cookies on your website.